Dr. Bobritskiy has been my homeopathic doctor for several years. I came to him when I had problems with blisters on my hands and my skin was red, very itchy, peeling, and I also had cuts in-between my fingers. He was the only health practitioner that has helped me to eliminate this  issue after several medical and allergy specialists had given up on me after treating this problem for a long time without any positive results. My skin has healed only after he gave me homeopathic remedies. In addition he has helped me to control my asthma and seasonal allergies. I am very grateful to Dr. Bobritskiy for his care. I am still currently his patient and come to see him 2-4 times a year for health maintenance.

Dr. Bobritskiy has helped me to save my life.

When I came to see him I was at a very low point.

Homeopathy is an alternative form of health care and being raised with conventional medicine I had to take a leap of faith - I decided to give homeopathy and Dr. Bobritskiy a try.

It’s a leap that I’m glad I took. Through Dr. Bobritskiy’s homeopathic knowledge, naturopathic guidance and some hard work on my part, today I am much more healthy and happy to be here.

Lifestyle changes such as diet correction, regular exercise, sufficient hydration, and the use for homeopathic remedies, have strengthened my body systems.

I was on two antihistamines and a decongestant plus albuterol to take care of respiratory allergies,  eczema and asthma. I am now drug free!

I had frequent headaches and was taking Ibuprofen and other NSAIDs - no longer.

My friends and acquaintances say I look 10 years younger. I feel at least that.

My moods are on a much even keel. My down times, when they occur, are much shorter and easier to overcome.

I am having fun running hills of the Bay area with my husband.

I want to thank to Dr. Bobritskiy for the excellent homeopathic care I have received from him

My immune system was weakened after a 6 day stay in the hospital due to surgery for a burst appendix. I then contracted strep throat with pustular tonsils, for which he gave me homeopathic remedy Mercurius solubilis. I was truly amazed and happy watch the resulting quick recovery without use of antibiotics! I am fine and feeling so much better, thanks to Dr. Bobrtitskiy’s healing skills. It is truly wonderful to experience no side effects, like I used to have from antibiotics.

With his guidance I am sure that my immune system will be much stronger very soon!

Thank you very much again for your help!

When I first came to see Dr. Bobritskiy, I have been suffering for nearly one year with chronic inflammation of my eyes that caused episodes of intense burning and severe pain. In addition ,my eyes were producing excessive amounts of mucus and discharge that would form large deposits on my eyelashes. Since these conditions were not caused by any bacterium, the were no safe and effective treatments available by conventional medicine.

After approximately 4 months of homeopathic remedies were prescribed by Dr. Bobritskiy, my eyes have improved very dramatically. The burning and inflammation were virtually gone for the first time in more than a year. In addition, the excess of mucous discharge was dramatically reduced, and it has been continued to decrease. My recovery was both impressive and amazing, and I am most grateful to Dr. Bobritskiy for the very substantial improvement in the quality of my life.

I have been going to Dr. Bobritskiy for severe food allergy problems which are much improved now.

He is also helping me with my varicose veins. They were painful and looked like large lumpy bruises. I am now down to a few spider veins at the ankles & my legs are smooth & free from pain.

Recently my family doctor sent me to a specialist whose tests showed I had “complex ednometrial hyperplasia with atypia”. That’s a fancy way of saying cancer of the uterus. The gynecologist that was going to do the hysterectomy said the words complex and atypia meant I would have to see an oncologist, because she didn’t have training to remove other organs. The soonest I could get an appointment to talk to an oncology surgeon was 6 months away. I started praying and thought to call Dr. Bobritskiy. He had immediately started me on homeopathic remedy. By law he had to tell me he can’t treat cancer, but I decided to take a homeopathic remedy he suggested, because many people have been helped by natural remedies. He said that he will give me the remedy to strengthen my immune system, that I would be better prepared for the surgery.

Six months later I had a hysterectomy. The oncologist said I had massive amounts of pre-cancer.

It was not complex & there was no atypia. The remedy had shrunk it back, so it was all contained in the uterus. There were no signs of cancer in the lymph nodes and I didn’t need chemotherapy.

I praise God for His mercy, for homeopathy and good surgeons.

My daughter (18 yrs old) was diagnosed with Ulcerative colitis, a chronic inflammation of the colon, in April 2012. For a short period of time this auto immune disease was easily controlled with Asacol, an anti-inflammatory pharmaceutical. Soon the symptoms got worse. The amount of Asacol was raised, and medications like MP-6 (immune depressant) and steroids were added. Being on these medications for quite a while her body didn’t seem to get better. So, our GI team decided to put her on a very high potent immune depressor called Remicade. It is given in a 5 hour long IV session at a day hospital about every 6 – 8 weeks and has TREMENDOUS side effects. After about the third time receiving this medication it was clear that we have arrived at the end of pharmaceutical possibilities.  The next step in this medical protocol is a Colectomy, removing of the entire colon.

When I was faced with this decision I was desperately looking for alternatives and found Dr. Bobritskiy. Our first session was on April 10, 2013 and within three short weeks after taking the remedies and following a diet, my daughter started feeling better and better, to the point where after just seeing him TWO times she was pain and symptom free (first time that she felt herself in over a year).

I am so thankful for his knowledge and his help to avoid such an extreme surgery for my teenage girl and for making it possible that she can leave for college.

I would HIGHLY recommend Dr. Bobritskiy.

've been seeing Dr. Bobritskiy for nearly two years for my ulcerative colitis. When I saw him, we started the long and sometimes arduous process of getting off two expensive medications. I wouldn't have done this without the caring prompting and prodding of my wife, who insisted I see him..

In all honesty, it wasn't easy. I was tested for food sensitivities -- which can add to the problems. It was hard giving up ketchup, tomatoes and dairy -- among others. But now, I can honestly say I don't have ulcerative colitis. It's in remission. As long as I take the remedies Dr. Bobritskiy gave me, I'm in good shape. And compared to the drugs, they're like paying for one lunch at a restaurant.

It's been about a month, but I'm having normal evacuation. I can break wind without worrying that I'm going to soil my pants. No more multiple trips to the bathroom. I can get my business done in two-three visits a day.

UC can be a very embarrassing disease. Like not wearing light colored pants because you may have a problem. Or making enemies when breaking wind. But now I think I can break out the light colored slacks for work for the first time in a bit.

Dr. Bobritskiy will give you the tools to succeed. It's up to you to use them. When you do, it takes time but it works!

We're programmed to think drugs are the cure all and end all for our physical woes. But the side effects and after effects can be brutal. There's an old saying, "You are what you eat." That's something to think about when using meds to eliminate chronic problems.

I thank Dr. Bobritskiy for his patience, desk side manner and constant pushing of vodka for what he's done. If he can do this for a stubborn someone like me, just think what he can do for you!

Where to Find Us: 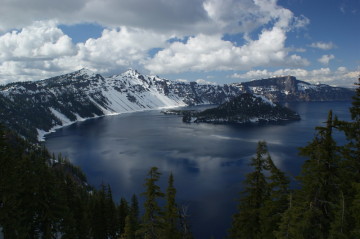